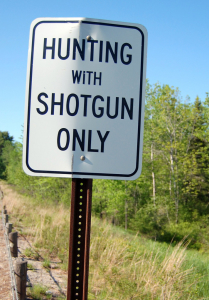 A Californian man recently learned the hard way that you shouldn’t shoot down your neighbor’s drone. A judge awarded $850 to Eric Joe, after Brett McBray shot his custom built drone from the sky. Here is a blurb from Motherboard.

In late May, his case was finally finished—the first lawsuit relating to the destruction of a drone to become public.

“It didn’t occur to me to set a precedent,” Eric Joe, the pilot, told me. “I didn’t want to go down this route, I wanted to get it resolved civilly, but that didn’t work out.”

Legal experts say that shooting down a drone with a gun should technically be a federal felony offense. Because the Federal Aviation Administration has decided to consider drones “aircraft” (and has fought for that distinction in court) and has not yet created specific rules about their use, shooting at one should be a violation of federal code 18 §32, which carries a maximum sentence of 20 years in prison.

“If drones are aircraft, and subject to all of the same restrictions relating to aircraft, then they should also be afforded the exact same protection the law provides all aircraft,” Peter Sachs, a Connecticut-based attorney specializing in drone issues told me.

Thus far, the FAA has not charged anyone who has shot down a drone with violating that law, though the FAA has made it explicit that shooting at a drone is illegal.

If you’d like to read the email exchange between Eric and Brett, I’d recommend reading the rest of the Motherboard article.

The Sky’s Not Your Lawn: Man Wins Lawsuit After Neighbor Shotgunned His Drone

Thanks RCgroups for pointing out this story.