From Toys To “Fails,” Brian Holden’s Perspective On Drones

From Toys To “Fails,” Brian Holden’s Perspective On Drones 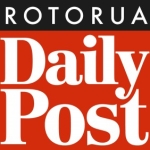 Brian Holden, a writer for New Zealand’s Rotorua Daily Post, wrote a piece titled “Brian Holden: This boy wants quadcopter for toy.” Any regular reader of this blog will know that I take issue with drones being referred to as toys, with a few exceptions such as micro or gaming drones, so from my perspective, the article is already starting off wrong.

After a few brief paragraphs, describing how much fun a drone would be as a toy, he quickly takes a different tone and focuses on “quadcopter fails.”

To get an idea of the strife one of these marvels of technology gets into, I checked quadcopter “fails” on You Tube. Oh my. With an incompetent pilot at the controls or an in-flight malfunction, a normally docile and obedient quadcopter can turn into a beast. In the 30-minute video compilation, I saw one machine gracefully zooming in on a bride and groom exchanging their vows in the middle of a field. The impressive romantic interlude turned into disaster as the drone flew right into the couple’s faces. Ouch. Smacking into the sides of city buildings where turbulent air lurks is a favourite trick, as is crashing into the trees. In our country alone there are more quadcopters perched in high branches than there are native wood pigeons.

Animals just love chasing quadcopters and countless video clips will show the final seconds of a machine as Brutus the family pet leaps up and snaps its prey before chewing it to pieces.

There is a very entertaining clip going round the internet of quadcopter video footage as it zooms between moving vehicles occasionally capturing the stunned faces of the drivers. How crazy is that? Eventually the machine slams into the side of a truck before crashing onto the road then being run over by one, two then three sets of wheels before the screen goes blank. Pulling a loose tooth using string tied to an accelerating drone is another silly stunt. Power lines, surf, gales and rain, do not take kindly to an errant drone which really in such conditions should be at home packed safely in its box.

To sate my own curiosity, I decided to follow suit and do a YouTube search for “quadcopter fails.” While there are quite a few results, the few that I watched shared a few basic characteristics. The videos general feature inexperienced pilots or pilots that ignore local, state and federal rules and regulations. Inclement weather conditions do play a part, but an experienced pilot would most likely ground their rotorcraft to avoid potential damage.

Please respect your drone, it’s not a toy, and regardless of where, make sure you get proper drone pilot training.