When most people hear the word “drone” these days, two images tend to come to mind; the ever present quadcopter and military drones. However the term drone, according to dictionary.com means:

an unmanned aircraft or ship that can navigate autonomously, without human control or beyond line of sight

The part of this definition I’d like to emphasize is “aircraft or ship.” Companies like Inmarsat are focusing on the ship part and working hard to automate cargo ships.

A prototype drone ship controlled by a captain hundreds of miles from the vessel could be plying the sealanes in 10 years’ time after satellite communications group Inmarsat joined a research project developing systems to support autonomous vessels.

Shipping could be revolutionised by automatic cargo ships navigating the world’s oceans, only checking in with shore-based operators in emergencies.

Removing humans from long voyages would cut the cost of operating ships – crew can represent a third of a ship’s running costs – and allow them to carry more cargo in the space normally taken up by people.

Drone ships move closer to reality as Inmarsat gets on board

How do drone cargo ships works? 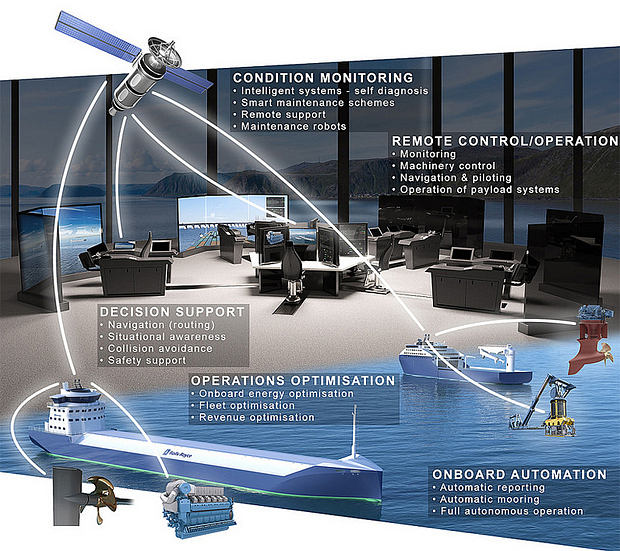 Welcome to a brave new world filled with autonomous aircraft, boats or ships and driverless cars.