Regional leaders said the renovated 28,000-square-foot building will have about 120 drones. Nearly 500 students will take classes in the facility during the first academic year.

The state provided about $4 million for the renovations. The college picked up the remaining $1 million.

“Someday, UAS will have as much impact on people’s lives as PCs or cellphones,” said Robert Connelly, chairman of the Sinclair’s board of trustees. 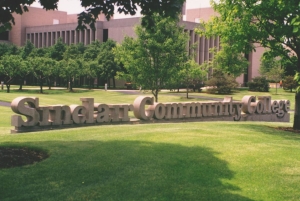 With our enrollment of 24,000 students, our single-campus college in downtown Dayton, Ohio, is among the largest community college campuses in America. Our remarkable faculty, staff, and students exhibit quality as evidenced by frequent national and state awards. We are also proud to be members of the board of the League for Innovation in the Community College.

Because of special funding set up by the taxpayers of Montgomery County, the tuition of the college is the lowest in Ohio for residents of that county; the tuition necessary to complete an associate degree program can cost less than a single quarter’s tuition at other colleges. 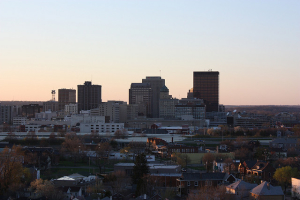 Dayton is the sixth largest city in the state of Ohio and is the county seat of Montgomery County. In the 2010 census, the population was 141,527; the Dayton metropolitan area had 841,502 residents, making it the fourth-largest metropolitan area in Ohio, after only the urban agglomerations of Cleveland, Cincinnati and Columbus, and the 63rd largest in the United States. The Dayton-Springfield-Greenville Combined Statistical Area had a population of 1,080,044 in 2010 and is the 43rd largest in the United States. Dayton is situated within the Miami Valley region of Ohio just north of the Cincinnati–Northern Kentucky metropolitan area.

Ohio’s borders are within 500 miles (800 km) of roughly 60 percent of the country’s population and manufacturing infrastructure, making the Dayton area a logistical centroid for manufacturers, suppliers, and shippers. Dayton also plays host to significant research and development in fields like industrial, aeronautical, and astronautical engineering that have led to many technological innovations. Much of this innovation is due in part to Wright-Patterson Air Force Base and its place within the community. With the decline of heavy manufacturing, Dayton’s businesses have diversified into a service economy that includes insurance and legal sectors as well as healthcare and government sectors.

While potential drone operators living in, or near, the Dayton, Ohio area can take advantage of this state of the art faculty, the location alone creates a geographical barrier for others. To solve this geographical problem, Drone Universities brings the drone operator training to you. We offer drone college courses, covering a variety of subjects in various US cities.