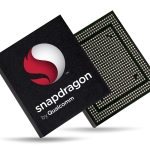 “Today, drones are made from multiple component vendors providing separate solutions for photography, navigation and communications, adding to the cost and bulk of consumer drones,” said Raj Talluri, senior vice president, product management, Qualcomm Technologies, Inc. “The Qualcomm Snapdragon Flight brings together the technologies that have defined the mobile industry onto a single board, enabling OEMs to build drones that are lighter, smaller, easy to use and affordable with long battery life and superior functionalities.” 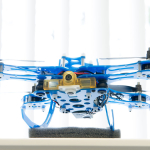 Some advanced features enabled by Snapdragon Flight include:

According to Fast Company’s coverage:

In short, Qualcomm says it has created the basis for the world’s smallest flying 4K cameras, capable of 1080p video at 60 frames per second, drones that are in their entirety lighter than the gimbals on many existing drones with 4K cameras.

Even though this recent announcement happened just hours ago, the blogosphere is already responding. Here is how Engadget summarized things:

We’ve said it before, and we’ll say it again: Qualcomm wants to be everywhere. So it’s not too surprising to see the company delving into drones with its new Snapdragon Flight platform. Based on its Snapdragon 801 processor, Flight aims to simplify drone development by giving companies a single board for dealing with drone communications and camera technology. That’s pretty similar to Qualcomm’s strategy in the smartphone arena. Of course, 4K video is front and center for Flight, but Qualcomm also includes support for a variety of sensors and its “Quick Charge” technology. Flight is powered by a 2.26Ghz quad-core processor and Adreno 330 GPU, and it also has dedicated video encoding and dual image sensor support (for depth-sensing cameras). Expect to see the new platform hitting drones early next year — the first customer is Chinese drone maker Yuneec, according to Fast Company.

Qualcomm wants to do for drones what it did for smartphones

I’m both curious and excited to see what new designs and capabilities drone manufacturers like Yuneec can produce leveraging this platform. If you are dying for a sneak peek into what the future could look like, Colin Snow of Drone Analyst has some ideas:

“The integration of Qualcomm’s Snapdragon processors in drones will have the same effect that it’s had on mobile devices,” said Colin Snow, founder and CEO of Drone Analyst. “Drones will get even sharper image capture and post-processing, improved performance, and better communications. Combining chips will not only improve imaging and imaging options, but will also improve precious battery power as overall weight of the drone drops.”

Added Snow, “4G LTE connectivity will benefit drones since they can use that network to transfer images and eventually use it for communicating to a yet-to-be-developed unmanned traffic management system.”